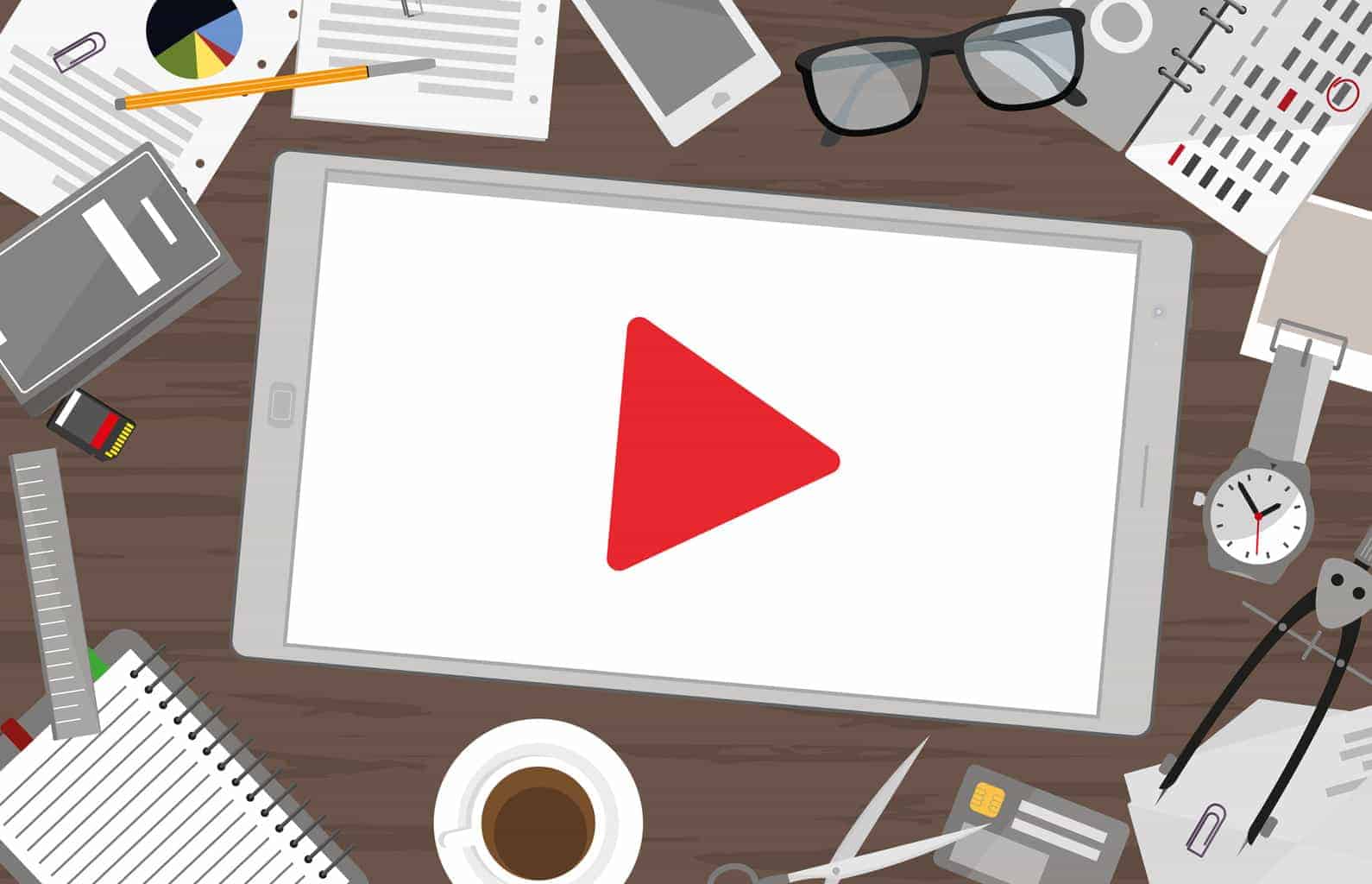 In 2018, 85% of internet users in the United States watched video content. Video marketing is an excellent way to reach more people when growing your business.

Reading is not only informed by what’s going on with us at that moment, but also governed by how our eyes and brains work to process information. What you see and what you’re experiencing as you read these words is quite different.
Jason Maria 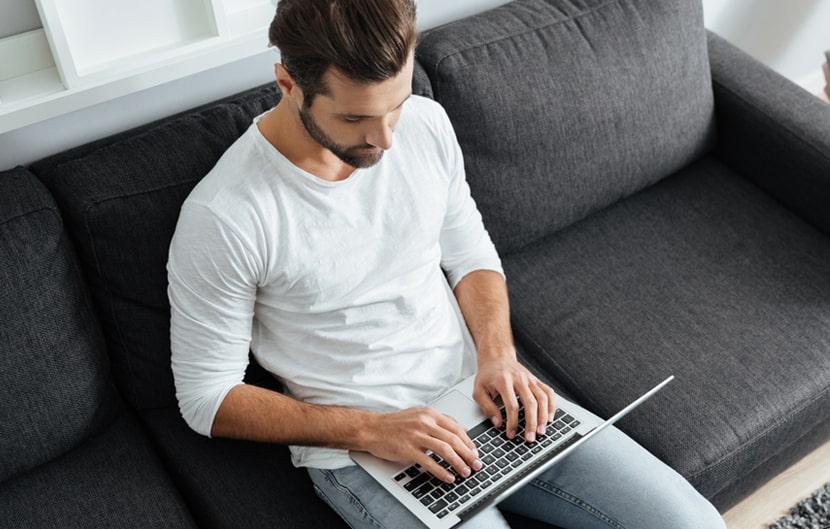 ideo production is the process of planning, filming, and finalizing a video. Producing videos is a great way to tell stories or implement a new marketing strategy. If you understand the basics of video production, you will know that it can take a while to create a video. However, when done well, a video can be an amazing piece of content. Whether you want to tell a story or market your next product, you should consider the stages of video production. Of course, no two videos will take the same length of time to produce. Some may move through the steps quickly, while others may take longer. One video might get stuck in one stage, while a different video will get stuck in a different part of the process. Still, you should know the different video production stages so that you can plan for them when creating a video.

Almost every video goes through the same basic steps, from coming up with an idea to premiering the video. It doesn’t matter if you’re making a short marketing clip or a full-length movie.

You need to take your video through the following stages:

While you might be able to breeze through these steps, take them seriously. You want to put out the best video that you can, and that can take time. Of course, you might be able to create a marketing video within a week or two. However, a longer movie could take months to complete. Before you begin making your first video, you should know what each stage entails. Then, you can account for the different stages when planning and scheduling everything. 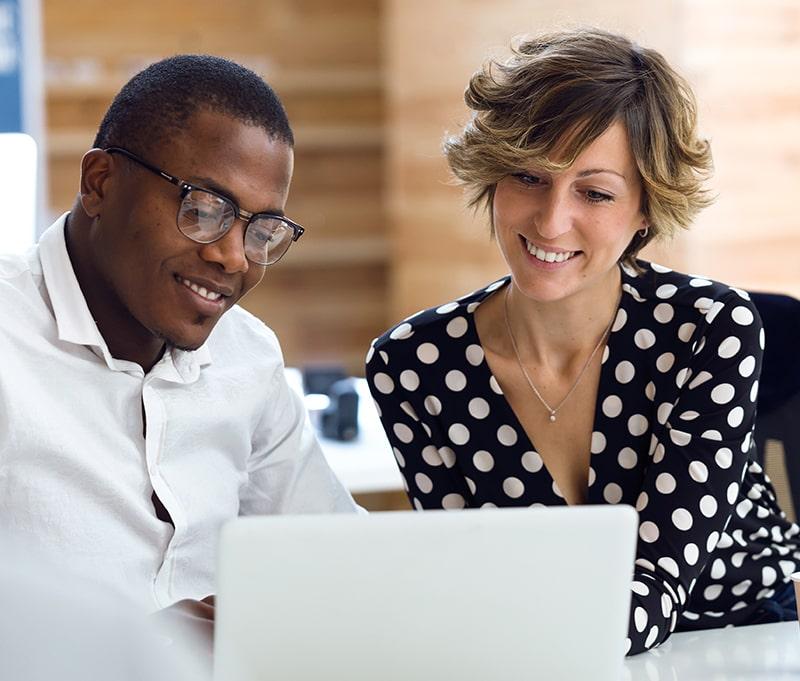 There is no sincerer love than the love of food.

One essential part of pre-production is finalizing the script. You don’t want to start shooting if you don’t know what you’re going to talk about. You should also list out all of the shots you want to get and what order they will go in. Creating a storyboard will help you visualize what your video will look like. Next, you should consider your budget. A music video will probably have a bigger budget than a customer testimonial. However, you need to know how much money you can spend for the rest of this stage. If you’ll have other people in the video, you should look for your cast. Of course, you can’t film your video if you don’t have all of the necessary people. Because of this, you should also look for any crew members, especially if you have a longer video to shoot. At this point, you’ll need to make sure you have all of the necessary equipment. You’ll need cameras, lights, sound equipment and a filming location. Depending on your video, you may need someone to manage hair and makeup. Make sure you have everything ironed out before you move onto the next stage

The production stage is probably the most exciting part of the process. You’ve done all of the planning, you have a great idea and you have a cast and crew to help.

Now, you need to film all of the shots and scenes for your video. Depending on how long the video will be, this could take a few hours. On the other hand, it could take weeks to get all of the footage that you need.

During this stage, don’t be afraid to get multiple takes of the same scene. While you might like the first take, you want to have options so that you can include the best footage.

Even if you’re making a short video for a marketing campaign, you want to get every possible shot now. If you realize later that you forgot something, it can be a pain to set up all of the equipment and film it again.

Make sure that you use the best equipment that you can. Set up lighting so that it looks good on the people in your video.

The more you do now to improve the quality of the video, the easier it will be in the final stage of video production.

Possibly the hardest step in video production is the post-production stage. It is where you take all of the footage you have and combine it into a high-quality video.

If you’ve never worked with video, this step can be intimidating. Luckily, a video production company can help you out.

You can edit the video by splicing the footage like you would with film. Then, you can cut out awkward pauses so that you only keep the footage that you want.

You’ll also need to make sure that the audio syncs up with the video. If you haven’t already, you should also get the rights to any music that you want to use.

Adding music can add more depth and interest to the video, which can make people want to watch it and share it.

If you have other sounds besides music, you may need to do foley. Foley involves creating sounds for a video but those sounds may not be music. One example would be using wood blocks to replicate the sound of horse hooves.

After you add everything in, you can review the video. Once you’re happy with the product, you can release it to the public. 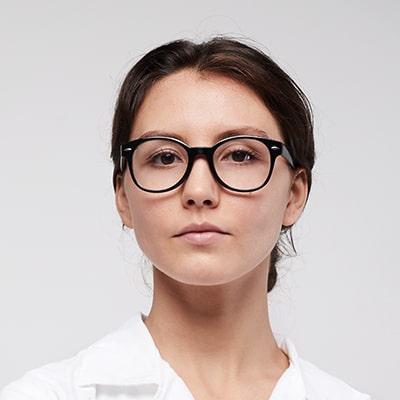 Video production can seem intimidating if you don’t have experience. However, if you know the three stages of creating a video, it can be less daunting. You can break everything into smaller steps to make it easier to do.

Still need help? Contact us to get a quote for your video project! 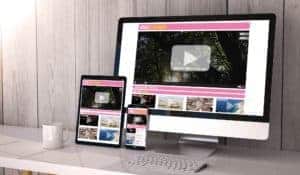 Video marketing is becoming an undeniably important part of a well-rounded marketing plan. 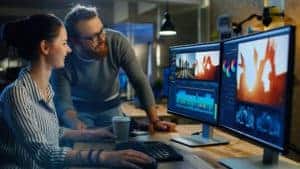 The video editing industry is incredibly competitive. It’s a job market with few 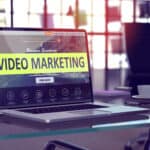 Are you considering the option of adding video marketing to your protocol? Creating 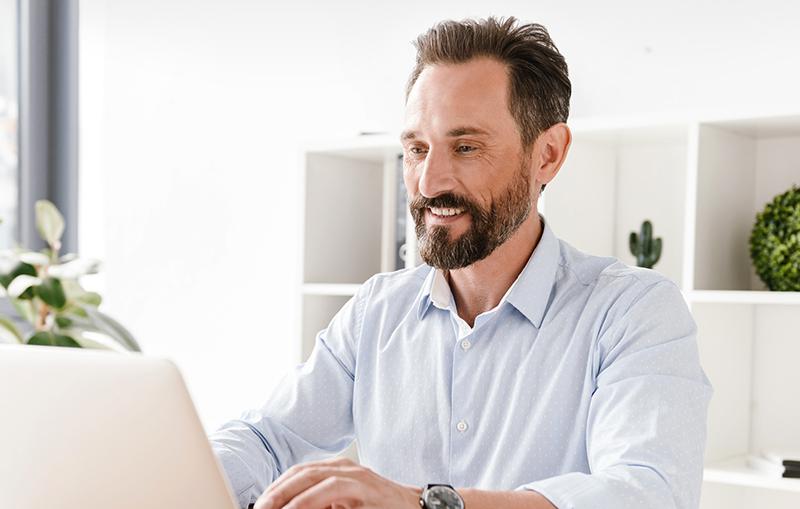 Hello, my name is caitlyn vine jony. my job is to do lovely things to fill my little house in my free time.

Subscribe to our newsletter and stay updated to our offers and deals! 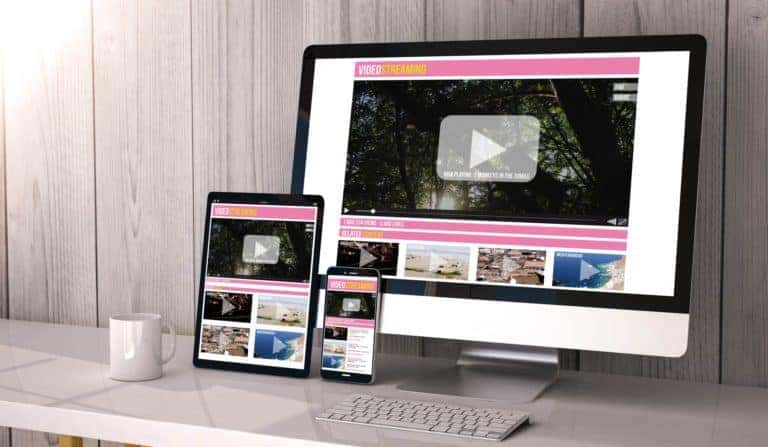 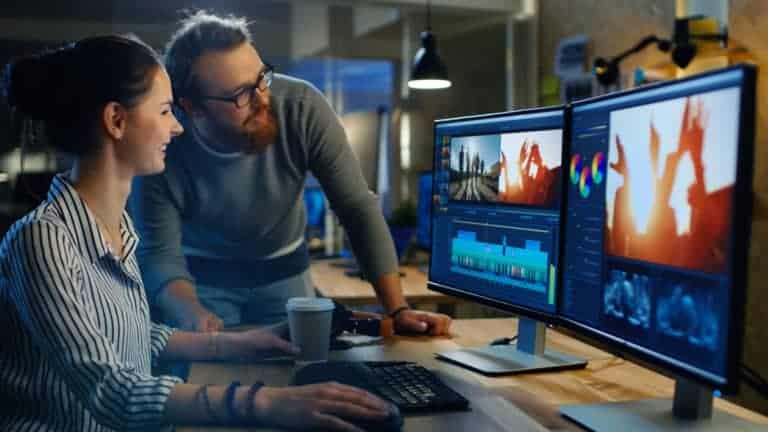 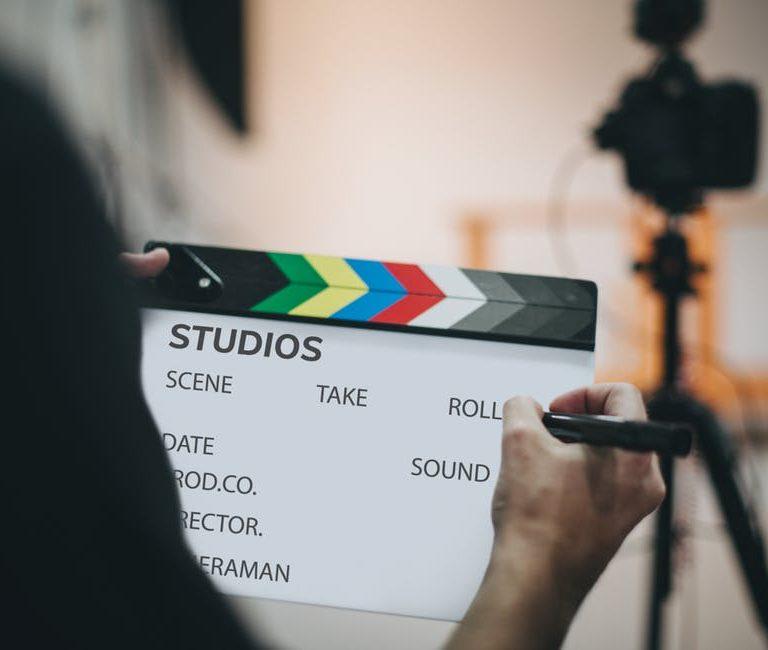 How Professional Video Production Can Expand Your Social Media Reach 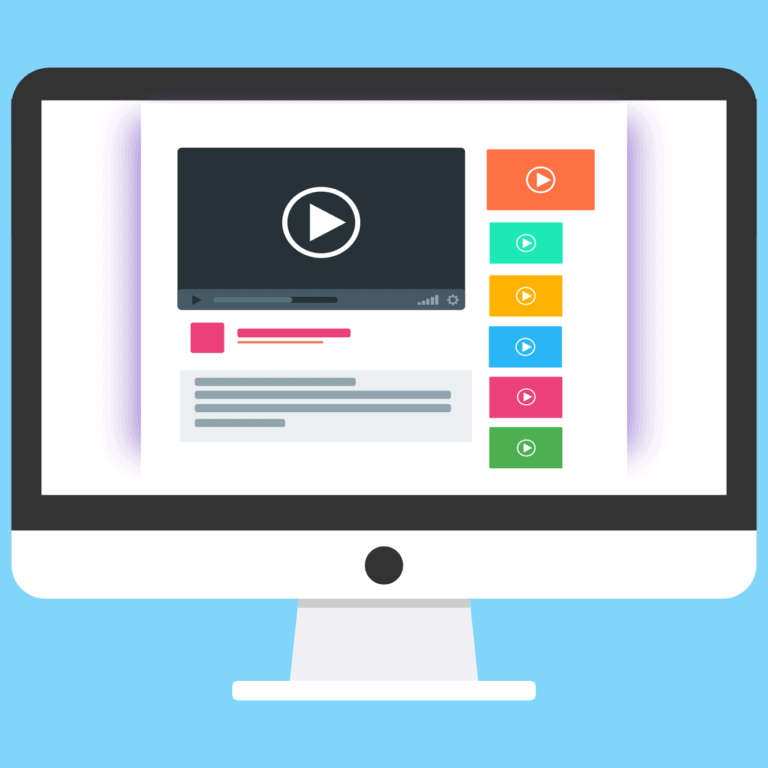 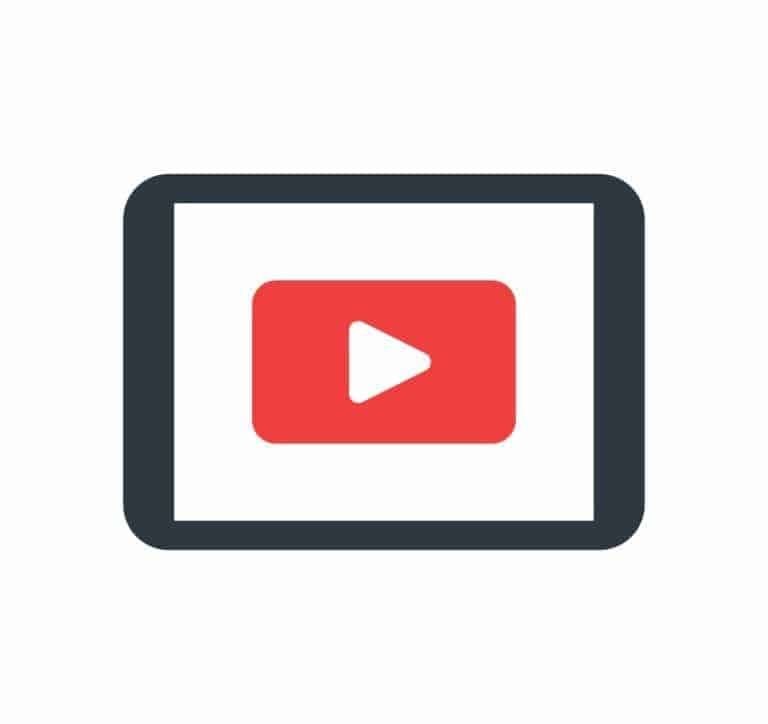 Did you know 2017 marketing trends show video marketing drives customer engagement? And the use of video is now driving purchasing behavior? This means that one of the most influential marketing strategies you can use is incorporating video into your marketing plan. 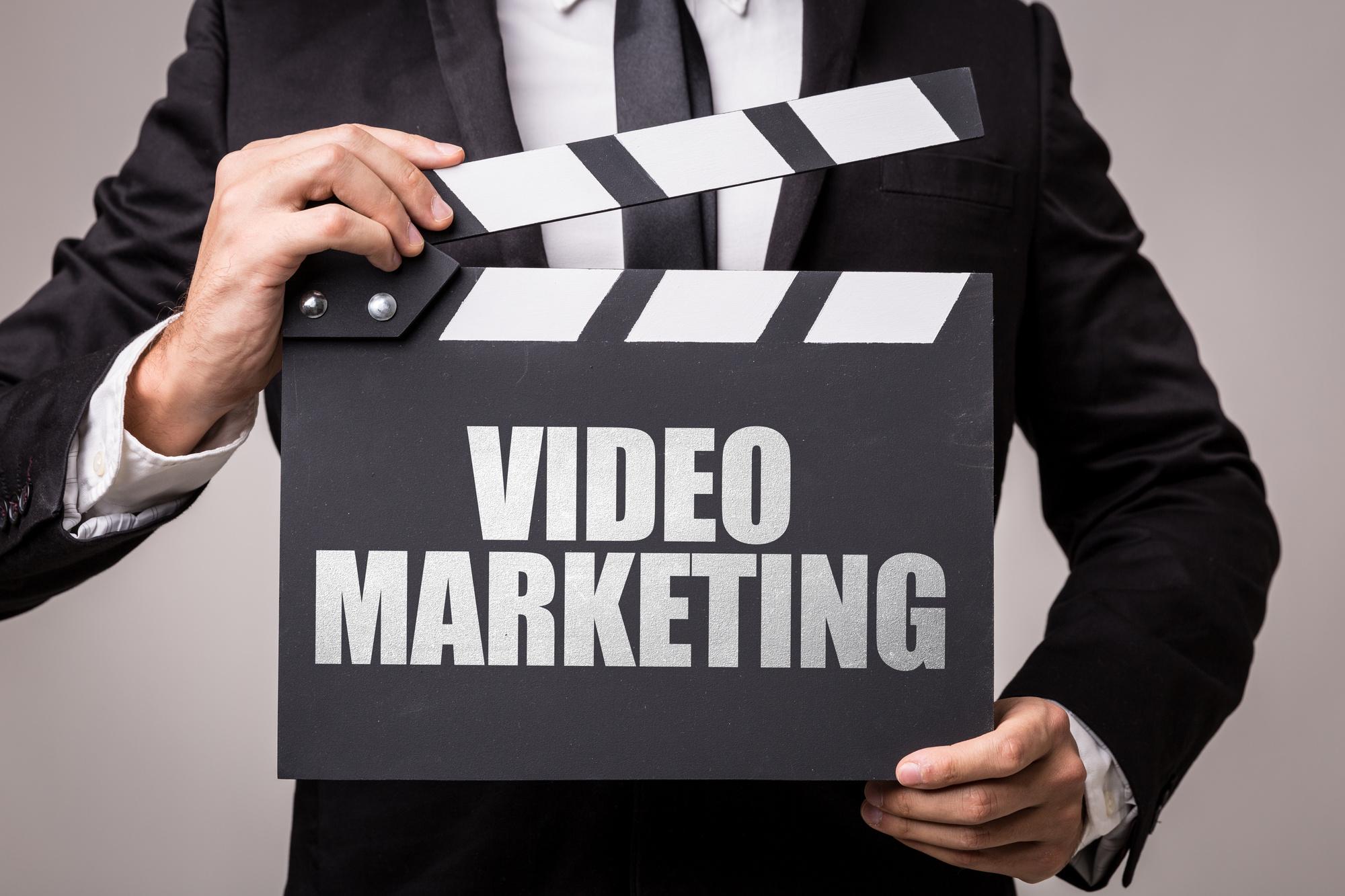 Let’s take a look at the evolution of YouTube marketing throughout 2017 and ways you can capitalize on these trends.

Video marketing is one of the best ways to engage consumers and inspire them to take action. With Google’s purchase of YouTube, the video platform has grown to over 1.5 billion monthly active users worldwide.

YouTube is the second largest search engine on the Internet today. Created in 2005, its domination of the online world has been impressive. A few YouTube marketing trends we’ve seen in 2017 include:

Internet analysts have come up with several predictions based on 2017’s YouTube marketing statistics and trends. A few of these predictions include:

Creating a viral video campaign on YouTube is one of the most effective video marketing strategies available to businesses. When a video goes viral, the number of views per minute is incredible. Here are 3 viral videos that demonstrate how powerful video content can be.

Google has done a phenomenal job of showing the world how a massively successful corporation can still offer the charms of its human side. Google has features that interact with its users in a friendly, human-like way. Some of the most notable engaging aspects of Google include: Google also had one of the most memorable viral videos when it promoted a do-it-yourself video as achieving the Best Picture Award. This video spread like wildfire over the Internet, prompting millions of viewers into action.

Heineken received a reputation for illustrating how different opinions don’t have to mean blocked conversation with its launch of one commercial. The video portrayed 2 groups of people who were asked to work together and cooperate to complete certain tasks. Afterward, they were told the other group’s views on important issues. The 2 groups were asked if they’d be willing to discuss their differences over a Heineken. This viral video reached people at every corner of the globe. Imagine what a marketing video that went viral could do for your business.

An emotionally charged Super Bowl commercial was aired in 2017. The commercial addressed the sensitive issues of immigration. And it ultimately acted to spread awareness about the prospect of building a wall to prevent immigration. The commercial followed a mother and her family as they worked to attain U.S. citizenship. Internet users the world over either saw or heard about this powerful video. These 3 examples show just how effective video marketing can be in gaining recognition for your product or service.

There are several ways you can capitalize on the success of video marketing.

Animation and motion graphics can be used to liven up your website with moving creatures or animated products. These features offer intrigue and delight for users. They enhance engagement and are aesthetically pleasing to the viewer. When you give your viewers movement and fun animation, you also give them an opportunity to see how your business operates. They get to see the personality of your business.

The use of interactive YouTube advertisements in marketing is really big right now. These can range from simply talking to your audience with eye contact to allowing the viewer to determine how the video ends. A few examples of interactive videos include:

The use of drone videos has become increasingly popular. Depending on your product or service, drones can offer an aerial view for your viewers and an experience for all Internet users.

YouTube has unequivocally proven itself as the way of the future in marketing. From stats showing its impact on viewer engagement to its proven power to drive purchases, YouTube video is a solid marketing tool worth investing in. For more support with current video marketing, check us out at Viva Media, Inc.
PrevPrevious
NextNext
Facebook-f Instagram Youtube Linkedin-in Tiktok 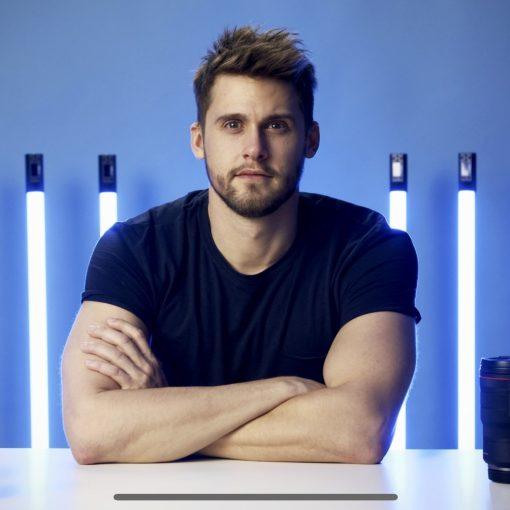 Video production can seem intimidating if you don’t have experience. However, if you know the three stages of creating a video, it can be less daunting. You can break everything into smaller steps to make it easier to do.

Still need help? Contact us to get a quote for your video project!

Video marketing is becoming an undeniably important part of a well-rounded marketing plan.

The video editing industry is incredibly competitive. It’s a job market with few

Are you considering the option of adding video marketing to your protocol? Creating

Subscribe to our newsletter and stay updated to our offers and deals!

How Professional Video Production Can Expand Your Social Media Reach

777 The Queensway
Unit 1
Toronto, ON
Canada

777 The Queensway
Unit 1
Toronto, ON
Canada

777 The Queensway Unit 1 Toronto, ON Canada